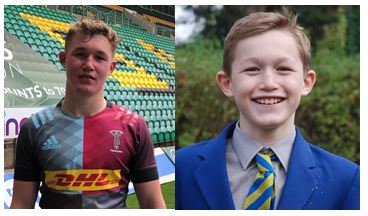 The 17-year-old’s talents were spotted at early age, with Laleham Lea encouraging Ben to develop his skills playing rugby with the nearby John Fisher School whilst still a 10-year-old Laleham Lea pupil.

Continuing to play above his year group, Ben recently joined Harlequins Academy and his first match at the famous Stoop versus Northampton Saints came less than a month after joining the team.